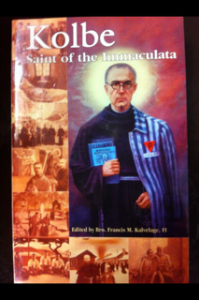 The “disobedience disconnect” between the Bishops and The Holy See continues to allow for the greatest genocide on earth.

I call this genocide of the unborn “aborterrorism”. It is the worst form of terrorism perpetrated against the most innocent and defenceless, the unborn baby in the womb of the woman.

The main weapons of aborterrorism are the “birth control pill” and it’s genocidal partner, “abortion”.

Greg Cunningham is the founder and director of the Center for Bioethical Reform. CBR is known for showing the reality, the truth about the horrors of abortion by using large graphic images on the streets.

Remember now, people don’t like to see these graphic images of aborted babies because it awakens their ‘conscience’ and brings to their face the  ‘truth’  of the abortions they are guilty of.

Cunningham said recently at a private meeting of pro-life leaders in Rome: “You have this terrible disconnect, you have the Holy See on the one hand, with Pope John Paul II, and Pope Benedict saying it is incumbent on all Catholics to fight abortion with all our might and on the other hand you have the Bishops who say “that’s too confrontational” or “it’s too controversial”.” ( www.LifeSiteNews.com /Gap founder says fear of ‘prophetic’ confrontation of abortion culture is crippling pro-life efforts. Oct 30/13 )

The Bishops for the most part promote the  ‘pastoral’  part of the pro-life movement but won’t consider for a moment the   ‘prophetic’  part of it.

By running away from their responsibility as Shepherds of the Church to denounce, along with their priests, the SINS of contraception and abortion, they are guilty themselves of the sins of disobedience to the Pope and the sins of omission by sitting idle as the ‘Culture of Death’ does its ravages in the lives of the innocent and helpless unborn babies.

The bishops are obligated to OBEY the directives of the Popes on abortion because what they are commanding is for the leaders of the Catholic Church to defend LIFE, lives of the unborn against abortion.

Pope John Paul II’s Encyclical Letter,  ‘The Gospel of Life’ is very clear on the ‘obedience’ of leaders in this regard. John Paul said: “It is precisely from obedience to God–to whom alone is due that fear which is acknowledgment of his absolute sovereignty–that the strength and the courage to resist unjust human laws are born. It is the strength and courage of those prepared even to be imprisoned or put to the sword, in the certainty that this is what makes the endurance and faith of the saints. (Rev 13:10) (#73)

We hear an echo of Pope John Paul’s aforementioned words in Pope Francis. In 2005, as activists urged Argentina to legalize abortion, the future pontiff urged Catholics to defend the right to life even if they ‘deliver you to the courts’ or ‘have you killed’ “.

The Catholic Bishops do not want to follow Christ, they will not ‘pick up their Cross and follow Jesus’. They are afraid of being persecuted and possibly martyred for speaking the “truth” about the horrors of abortion and the “culture of death”.

Cunningham said it like this: “the failure of the Church in the pro-life fight comes from the unwillingness of Christians to fully emulate Christ, whose ministry was ” equal parts pastoral and prophetic”.

Never has the battle been so fierce between the forces of good and evil, between the “Culture of Life” and the ” Culture of Death”!

Gianna Jensen, an internationally known abortion survivor, made the seriousness of this battle clear. She said: “It is a battle between ‘life and death’. Which side are ‘you’ on?” (Parliament House, Victoria, Australia, Sep 10/08 )

As Shepherds, our Bishops, along with their priests must fulfill their duties as “Prophets of Truth in Love”. They must begin with themselves and repent for their sins of omission, their SILENCE in regard to contraception and abortion!

We have a few Bishops who are not afraid to speak up against the ‘Culture of Death’. LifeSiteNews.com reported recently that Bishop Thomas Paprocki of Springfield, Illinois, USA spoke out against ‘same-sex marriage’. He said he will lead prayers of exorcism “in reparation for the sin of same-sex marriage” at his cathedral on Nov 20/13.

Bishop Paprocki is not afraid to ‘pick up his Cross’ and follow Jesus. And he is fully aware of the consequences of his prophetic stance. His own secretary was murdered by a homosexual activist.

Just imagine the tremendous positive effect it would have on the pro-life movement if EVERY Bishop fulfilled their ‘prophetic duties’!

The Cafeteria Catholics in the Sunday pews need to be told by their Bishop and priest that taking of the birth control pill is SIN, and that the pill when it fails leads to abortion, the killing of the innocent unborn baby.

Kenneth D. Whitehead echoes what I am saying when he wrote this article: “It’s time to get ‘obsessed’ about opposing today’s moral evils.” (Cf: www.LifeSiteNews.ca , Nov 14/13)

I maintain it is high time for the Bishops and priests to obey the call to be ‘prophetic’ and to get “obsessed” with preaching about the 10 Commandments, the consequences of the “sins of the flesh” and “The Four Last Things”–Death, Judgment, Hell and Heaven.

And yes the consequence of this would be a drastic decrease in the ‘Sunday collections’ AND the  emptying of many pews and the  closing of many churches, but better to lose buildings and save souls, including their very own souls!

Saint Maximilian Maria Kolbe that “Martyr Saint” who died in the “Block of Death” at Auschwitz Concentration Camp (cf: www.marypages.com  /kolbeEng.htm ) has much to teach everyone, including our Bishops about being “pastoral AND prophetic” and ‘fearless’ in the face of death.

In one of his talks to his fellow prisoners St Maximilian said: “I don’t fear death: I fear SIN.”

To win the war against the “Culture of Death” we need  Bishops and priests who will emulate the “fearlessness of preaching the truth and the Love for Life and souls” that St Maximilian had.

What was the secret to Saint Maximilian’s courage? In one of his letters to his younger brother, Joseph, Saint Maximilian explains what I believe is the ‘key’ to his saintly, loving and altruistic life which led to his heroic death.

He wrote:”Life begins to make sense when we recognize and acknowledge God’s infinite goodness and our absolute dependence on Him. Our response will be praise and total love expressed in obedience.” (Kolbe:Saint Of The Immaculata, by Bro. Francis M. Kalvelage,FI, pg 31)

I repeat the crucially important words of St Maximilian:”…TOTAL LOVE EXPRESSED IN OBEDIENCE.”

Bro. Francis goes on to explain the lifestyle of St Maximilian that shows how he was fearless in the face of death when Providence gave him the opportunity to answer to God’s

Word in John 15:13: “Greater love than this no man hath, that a man lay down his life for his friends.”

Bro. Francis explains: “Giving up his life for a total stranger was not a sudden, irrational impulse done on the spur of the moment. It naturally followed from a life of total self-giving, motivated and sustained by an on-going daily living out of his TOTAL CONSECRATION.

(Emphasis mine throughout) His model and inspiration for this Total Consecration was MARY IMMACULATE. Her perfect response as a creature to the Infinite love of God, her total sinlessness and conformity of her will to God’s Will was an ideal he ever strove to imitate.

In this spiritual warfare anything short of total consecration, total commitment to the cause, would be incomprehensible and inconsistent in the mind of St Maximilian Kolbe.”

For those who desire to fulfill their prophetic duties, but lack fervour and courage to do so I strongly propose that you seriously turn to “THE IMMACULATA” as St Maximilian called her and pray his “Prayer of Consecration” with all of your heart and soul.

Do so and Mother Mary will see to it that you receive the necessary GRACES to fulfill your “prophetic responsibilities as a leader in the Church and to save many babies from aborterrorism and many souls from Hell.

O Immaculata, Queen of Heaven and earth, refuge of sinners and our most loving Mother, God has willed to entrust the entire order of mercy to thee.

I,_________________ , a repentant sinner, cast myself at thy feet humbly imploring thee to take me with all that I am and have, wholly to thyself as thy possession and property.

Please make of me, of all my powers of soul and body, of my whole life, death and eternity, whatever most pleases thee. If it pleases thee, use all that I am and have without reserve, wholly to accomplish what was said of thee: “She will crush your head,” and, “Thou alone have destroyed all heresies in the whole world.”

Let me be a fit instrument in thine Immaculate and merciful hands for introducing and increasing the maximum in all the many strayed and indifferent souls, and thus help extend as far as possible the blessed Kingdom of the most Sacred Heart of Jesus. For wherever thou enter one obtains the grace of conversion and growth in holiness, since it is through thy hands that all graces come to us from the most Sacred Heart of Jesus.

R. Give me strength against thy enemies.

“From Islam To Jesus.”
“Christmas and Abortion, Side by Side. Why?”